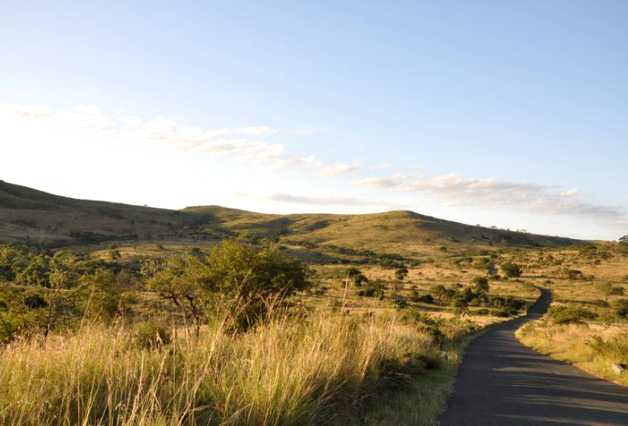 Hluhluwe is a tiny town surrounded by fabulous game reserves and some wonderful cultural attractions. You could visit a traditional Zulu weaving operation where you could buy baskets, mats and other woven goods, or do a tour of Dumazulu Cultural Village – a living museum of traditional Zulu culture and lifestyle. The nearby Hluhluwe-Umfolozi Game Reserve is the oldest game reserve in South Africa and is renowned as the place where an eleventh-hour conservation push rescued the white rhino from the very brink of extinction in the 1960s. Think about it – we came a hair’s breadth from never ever seeing a white rhino, and every one in southern Africa is descended from those few that survived in Hluhluwe.

Things have changed, though. Now it’s the black rhino under threat – so get in there and have a look at one while you still have a chance. Another claim to fame of this fabulous park, which was originally two different parks, Umfolozi and Hluhluwe, is that it was here the first wilderness safaris were run. It took a couple of years, but eventually the idea caught on and now many other reserves, among them the Kruger National Park, now offer this exciting experience.

Hluhluwe is at the southern end of the Greater St Lucia Wetland Park, where you can do a boat ride to see hippos and crocs, kayak on the lakes, or do a hike or a horse trail. Keen birders should visit Mkuze, which has the reputation of being one of the best birding spots in South Africa, and divers will love the nearby Sodwana Bay, with its lovely coral reefs, extensive dive infrastructure and party atmosphere.

Note: If you are planning to travel to Hluhluwe/Umfolozi please be aware that this region is malarial. Consult your doctor or travel clinic for advice and refer to our article on malaria. 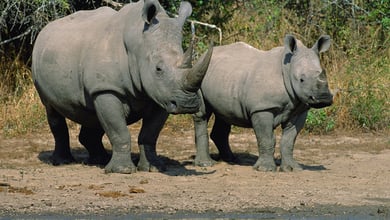 Restaurants in Hluhluwe
If you're looking to grab a bite, here is a list of places to eat in Hluhluwe 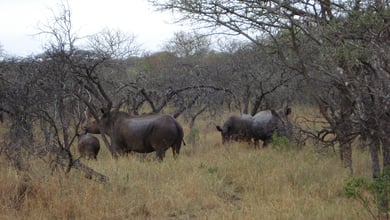 Experience at Rhino River Lodge
Escaping the rat race to a new holiday spot is usually inspirational, exciting and stimulating.... 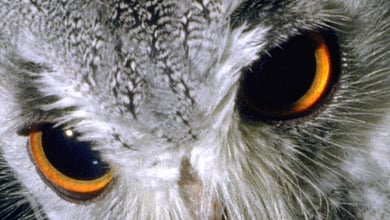