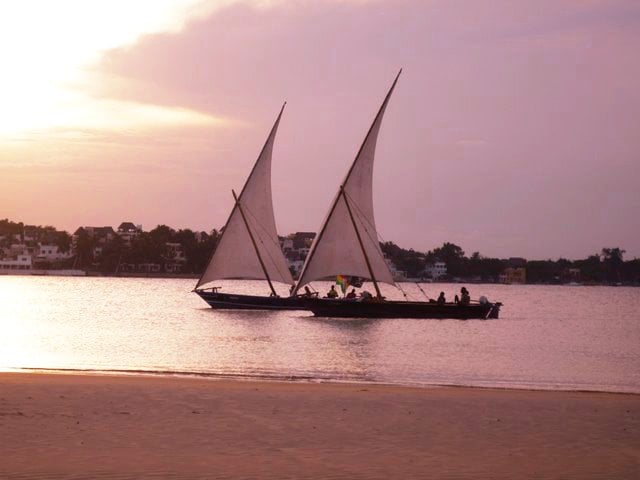 Find Accommodation
The Lamu Archipelago is a chain of seven islands and multiple islets, seperated from the mainland of Kenya by a narrow channel. The larger islands include Lamu, Manda, Manda Toto, Pate and Kiwayu. The archipelago is rich in historical and archaeological sites including Takwa and Manda Town on Manda Island, Shanga on Pate Island, and the fort built in 1812 on Lamu itself. The mainland and the inland sides of the islands are fringed by dense mangrove forests, while the seaward sides are protected by reefs and lined with dunes. Throughout the archipelago there are numerous fascinating historical sites, evidence of a rich and often violent past. Most of these settlements are Arab in origin and started as small trading stations. The Arab colonies grew and blended with the local people, creating a distinct Afro-Arab culture known as Swahili. The beach of Lamu island is a 12 km long stretch of beautiful sand which is unprotected by a reef, unlike the other calmer beaches in the area. The town is a living monument to its past. The old houses are built with walls of coral two feet thick, with a series of alcoves about ten feet wide, rather than actual rooms. Many homes are three stories high, opening up onto a flat roof where much of the community gathers. The very narrow streets contribute to the intimate village feeling, leading to the main street where you will find every type of craftsman, grocer and herbalist selling their wares. The fort is the epicentre of the town. Originally built for Omani invaders in 1812, it later became a prison, and in its latest incarnation, is now a cultural centre operated by the museum. The Lamu Museum on the waterfront houses an unrivalled collection of Swahili artefacts, jewellery and crafts. It houses the famous siwa–ceremonial horns. It also has a collection of sea going vessels and marine tackle, including an impressive model of the rope sewn vessel known as mtepe. A 45 minute walk from the town (or 15 minutes by motor boat) brings you to the sleepy village of Shela, a balmy 12km stretch of shining sand next to the idyllic sea. Discover beautiful beaches, glorious seascapes, ancient ruins, fishing and scuba havens. Lamu is an intoxicatingly exotic experience, where you are welcomed by the locals. Travellers here are entranced by the slow moving, romantic pace of life. 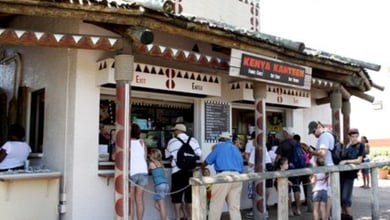