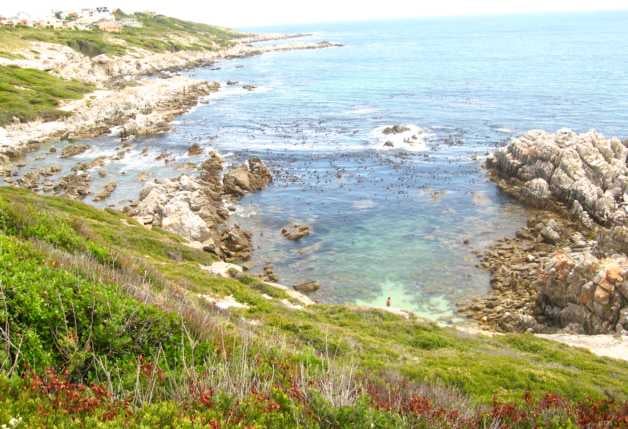 Find Accommodation
De Kelders is a small village adjacent to Gansbaai, only half an hour’s drive from Hermanus. This small fishing town remains relatively isolated from the majority of the tourism in the area, although it is rather famous for its quality seafood. De Kelders is also renowned for a series of underground caves, which draw myriad visitors keen to explore the mesmerising stalactites, stalagmites and clear pools that characterise them. In the nearby Walker Bay Nature Reserve is Klipgat Cave, where Stone Age man is believed to have resided about 70,000 years ago. Visitors can hike through the small 1,000 hectare reserve, which boasts 17 kilometres of coastline and a beautiful beach called Die Plaat. The Klipgat Trail is a 7 kilometre hiking trail which takes in the Gansbaai harbour, the Klipgat cave and some rare limestone fynbos. A few species of small buck can also be spotted in the park. Southern Right Whales also frequent the nearby Walker Bay between July and November, and can be seen extremely close to shore. 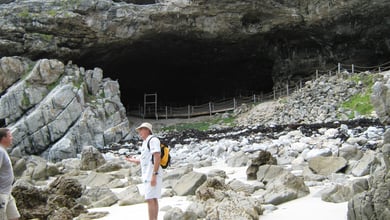 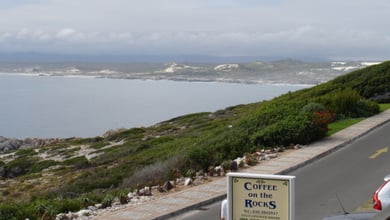