The Cottage Polokwane
Welcome to Travelstart. Get off your accommodation booking by paying with the voucher code before . 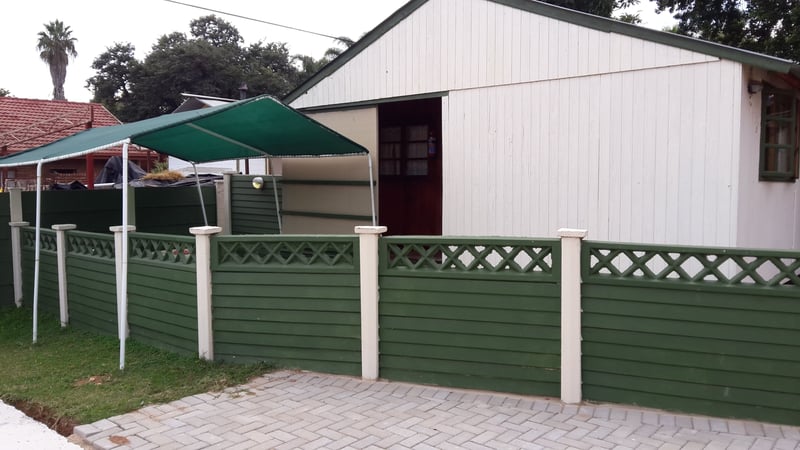 About The Cottage Polokwane

The Cottage Polokwane is situated in the tranquil suburb of Flora Park in Polokwane Limpopo.

Polokwane, meaning “Place of Safety” is a city in the Polokwane Local Municipality and the capital of the Limpopo province, South Africa. It is also referred to by its former official name Pietersburg. Polokwane is South Africa’s largest urban centre north of Gauteng. It was one of the host cities of the 2010 FIFA World Cup
We cater for corporate teams, businessmen as well as families and travellers.

The Cottage Polokwane consists of three self-catering units which are all furnished with single beds and have their own kitchen / kitchenette which is equipped with the basic crockery, cutlery, pots, pan, bar fridge, microwave, two plate stove, toaster and a small dining area. Each unit also has either ceiling fans or standing fans and a heater. Our guests are also given complementary tea and coffee sachets and toiletries. An Iron and Ironing board can be made available for an extra fee.

Each unit has a flat screen TV with DSTV access as well as free WiFi as well as having their own braai area available to our guests.

For those who would rather order take always there is deliveries available from some of the restaurants or alternatively we are 2 min from Savannah shopping mall and 7 min from Mall of the north who both have a number of restaurants as well as entertainment areas such as ten pin bowling and cinema.

Click to display the map
The Cottage Polokwane is 4.5km from the centre of Polokwane (Pietersburg) , the nearest airport 7.7km (Polokwane Airport).
*Distances are shown as the crow flies and not necessarily the actual travelling
×