Four Seasons Lodge
Welcome to Travelstart. Get off your accommodation booking by paying with the voucher code before . 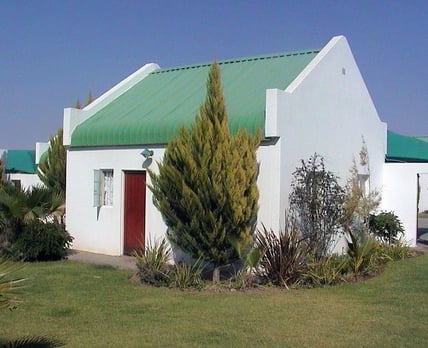 The lodge has rooms, chalets and family units. These units are air-conditioned with en-suite bathrooms, televisions and refrigerators. Guests can enjoy facilities and services such as the on-site restaurant, the bar and the swimming pool.

Rosh Pinah is situated in an area with a variety of indigenous plants only seen in this part of the world. The well-known Fish River Canyon is 150 kilometres to the east of the lodge.

Click to display the map
Four Seasons Lodge is 0.3km from the centre of Rosh Pinah , the nearest airport 217.9km (Keetmanshoop Airport).
*Distances are shown as the crow flies and not necessarily the actual travelling
×